Home » Must Knows » What is the pagdi system in India?

One of the most prevalent and long-standing practices, when it comes to housing, has been the ‘pagdi’ system. A popular practice, India saw the pagdi system gather speed during the British rule. Metropolitan cities like Mumbai, Delhi and Kolkata have had the pagdi system for years and even today, it is estimated that there may be over 7.5 lakh pagdi homes in Mumbai.

What is the pagdi system?

A form of tenancy, the pagdi system flourished in the yesteryears, because prior to 1999, there was no need to get into a contract with the landlord for a lease. Rent receipts took care of the whole process. Year after year, the rents would remain the same, as though it was never impacted by inflation.

As per the Maharashtra Rent Control Act of 1999 which came into effect from March 31, 2000, the system was made legal. Section 56 of this Act deemed it legal as it reads as follows:

Therefore, a land owner could confer a kind of ownership to the tenant for a deposit of money. This partial ownership means that the tenant has a certain right over the property but not the land. In this case, the part-owner can even sublet the premises but the rent that he gets must be divided between the actual owner of the property and the part-owner that is the first tenant. The original owner gets to earn a little extra, because of such a provision.

How does transfer of ownership in pagdi system take place?

“There is no prescribed law about charges to be paid to a landlord for an NOC, in case you want to sell the property you bought under the pagdi scheme,” says advocate Anshuman Jagtap. It only prescribes that you seek the prior consent of the landlord, before transferring your tenancy. Usually the part-owner gives some portion of the sale proceeds to the original owner. As per market practices, this is 33% but it could be less or even more. However, there is no such thumb rule.

Do pagdi properties come under RERA?

The government has been contemplating on bringing pagdi properties under the Real Estate Regulatory Authority, which will provide the same benefits and protection to home buyers as available for regular properties. As per the current understanding, tenants in pagdi properties are co-promoters of the project. Given that most of these are old properties, there is a need to redevelop such units. Once pagdi properties come under the jurisdiction of the Real Estate (Regulation and Development) Act (RERA), such tenants would be entitled to compensation if the project is delayed. As of now, the Maharashtra Housing and Area Development Authority (MHADA) collects a tax from such tenants and provides help with the repairs of pagdi properties. What are the ownership rights of pagdi system tenants?

Under the pagdi system, the tenant has certain rights over the property but not over the land. The tenant can even sub-let the premises or sell the property, by giving a share to the owner.

What are the rules for inheriting tenancy rights under the pagdi system?

The pagdi system was legalised by the Maharashtra Rent Control Act, 1999. Generally, upon the death of a pagdi tenant, the tenancy rights are transferred to the legal heir/s who were living in the flat when the tenant died, by asking the landlord to issue the new rent receipts in the heir/s name/s. 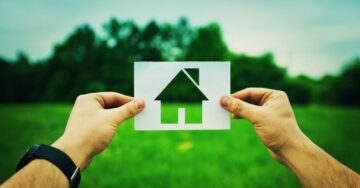 Real estate basics: What is a Greenfield Project?.

Should you buy a house now or wait for the Real Estate Regulation Act?.