The Telangana government spearheaded by K Chandrasekhar Rao introduced the Dignity Housing Scheme, popularly called the 2BHK Housing Scheme or the double room scheme in October 2015, to ensure that those in need of a roof over their head while being unable to afford it, can be eligible for a property under this scheme. While the centre and various state governments also offer subsidised housing for the economically weaker sections, the Telangana government went a step further, to make these units, priced anywhere between Rs 5 lakhs to Rs 8.65 lakhs, totally free of cost for the beneficiaries. The housing department has taken up the construction of 2.80 lakh units.

In a fresh development, the state government is looking at merging the centre’s Pradhan Mantri Awas Yojana (PMAY) and the state’s 2BHK Housing Scheme, for better synergy. The basic motive seems to be to utilise funds for construction. By clubbing the two schemes, Rs 1.50 lakhs per unit from the PMAY’s funds can now flow into the state’s scheme. So far, only 30,000 units are ready for occupation under the 2BHK scheme while the state is looking at constructing another 20,213 units within this financial year.

A unit under the 2BHK scheme costs about Rs 5.30 lakhs. When adjusted with PMAY funding, the state would need to provide for Rs 3.80 lakhs per unit. Telangana is looking to raise Rs 2,500 crores from the Housing and Urban Development Corporation (Hudco), another Rs 1,365 crores from the PMAY funds and Rs 185 crores from the state’s revenue. So far, the state government has spent Rs 6,972 crores on 2BHK scheme. The total developed space under the scheme stands at  7 lakh sq ft.

Pricing of units under the 2BHK Scheme

The state government is also looking at developing basic infrastructure and therefore, the total unit cost is higher (inclusive of infrastructure). The entire cost of the project is estimated to be Rs 18,000 crores, of which Rs 3,230 crores has already been sanctioned. The centre’s aid to develop infrastructure, has also been sought. Basic infrastructure, including water supply lines, electricity lines, approach and internal roads, drainage and sewerage lines, etc., will also be taken care of. Besides, the state government had asked the centre to provide power connections under the Pradhan Mantri Sahaj Bijli Har Ghar Yojana-Saubhagya. If the centre obliges, the beneficiaries will be paying comparatively lower electricity bills.

*All figures in Rupees

These units under the double room scheme have two bedrooms, a hall and a kitchen and is provided with two toilets and has a plinth area of 560 sq ft. The total plot area is 125 sq yd which works out to 36 sq yd of undivided share of land (UDS). Therefore, not just the property but the land is also already provided for free.

An important criteria to qualify under this scheme is that the family should be in the Below Poverty Line (BPL) category and should hold a food security card or ration card. In order to encourage women household ownership and check malpractices, these homes will be sanctioned only in the name of the woman of the household. It is important that the family should not possess any other property under other housing schemes.

Reservation in the 2BHK housing scheme

Those interested in the scheme should fill up the Application for Grant of Double Bedroom House. The application form will ask for details of the family, address, number of years spent in a rented house, disability ID card number (if applicable), ASARA pension scheme, details about units sanctioned in family’s names by any of the housing schemes such as Indiramma -1, Indirammma-2, Indiramma- 3, Rajiv Gruha Kalpa (RGK), Jawaharlal Nehru National Urban Renewal Mission (JNNURM), Valmiki Ambedkar Awas Yojana (VAMBAY), Indiramma Urban Permanent Housing (UPH) or other housing schemes. The application needs to be submitted at a MeeSeva centre or at the Gram Sabha.

In order to ensure transparency, several back and forth processes have been created so that eligible beneficiaries are not missed. Where these units should come up, is decided by the District Level Committee as per government order, while selection of beneficiaries is also through a strict process. Moreover, grievances and complaints will be addressed by the district-level officer, who is nominated by the district collector. All such complaints will be heard by the Appellate Committee and orders thus passed will be final.

The state government is constructing homes in over 40 locations, with Ranga Reddy, Medchal, Sanga Reddy districts coming under Phase-I. In the Greater Hyderabad Municipal Corporation (GHMC), the state has identified 28 slums, as well.

As per the official website, there are various subsidies available for stakeholders. For example, cement is being supplied at a subsidised rate of Rs 230 per bag. Additionally, there is exemption of basic cost and seigniorage on sand. Not just this, the earnest money deposit has also been tuned down from 2.5% to 1%. Fly ash is also being supplied free of cost if it is within 100 kms. For distance between 100 kms and 300 kms, 50% discount will be provided. Defect liability period is reduced from two years to one year. Even the price of steel is adjusted for all ongoing work related to the scheme. Funds from the Mahatma Gandhi National Rural Employment Guarantee Act (MNREGA) and the Swacch Bharat Mission would be used for construction of toilets under the housing scheme.

Progress of the scheme

In a circular from the principal secretary to the government, to the managing director of the Telangana State Housing Corporation, the former has apprised that work on a large number of units have not yet started in Alampur, Gadwal, Devarakadra, Jadcheria, Mahbubnagar, Achampet, Kollapur, Nagarkurnool, Makthal and Naryanpet, as of July 2020. About 9,953 units are yet to start, despite administrative sanctions. Meanwhile, the government has sanctioned an additional 1,500 houses to Wanaparthy assembly constituency and 856 homes to the Balkonda constituency, in Nizamabad district, in 2020.

Paucity of funds at regular intervals had stalled the progress of work. As of January 2019, 88,115 units were being constructed in vacant locations while 9,188 units were being developed in in-situ slums. Overall, the progress has been slow, due to various impediments and the project has missed its deadline of December 2018.

However, going ahead, there is some change anticipated. These 2BHK units may be completed in 40 days as compared to 150 days which has so far been the reality. GHMC is now planning to resort to tunnel form construction technology in which a 10-storeyed building can be completed in much lesser time than the usual. To begin with, this technology will first be used in Rampally village of the Keesara mandal where 6,240 units have to be built on 41 acres of land.

Officer on Special Duty, GHMC, K Suresh Kumar says that one floor can be constructed within 30-40 hours using the new technology, adding that this is the first time that a government scheme is considering such a technology.

Additional benefits include it being lighter in weight, high thermal insulation, enhanced fire protection, high sound insulation, lower absorption of water as well as being cost-effective.

Mayor Bonthu Rammohan has said that in addition to units in Rampally, another 75,000 2BHK units under the scheme may be ready by the end of September, 2020. The mayor has also directed people not to approach brokers and middlemen for allotments.

What is the status of Telangana 2BHK Scheme?

The state is looking to build 10 crore sq ft of housing under this scheme however delays have stalled the pace of progress. In another two months, 1.5 lakh double bedroom houses will be completed, Housing Minister Prashant Reddy has said.

Who are the key contacts in the Telangana 2BHK Scheme?

What are the facilities provided in Telangana 2BHK Housing Scheme's projects?

With 430-sqft of carpet area, each unit will have two bedrooms, two bathrooms, a hall, a kitchen, two lofts for storage. The super built up area that would bring the unit size to 560 sqft would be used to construct a staircase and a common area. Toilets could be built within or outside the units. 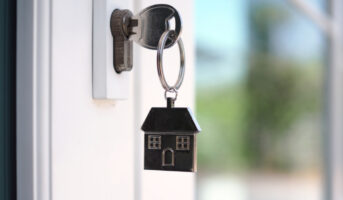 Increase in demand for ready-to-move-in homes this festive season.