This redevelopment will be one of Asia’s largest cluster redevelopment projects that is led by a state government, point out industry experts. To be developed in phases, Tata Projects Limited, Capicit’e Infraprojects Ltd and Citic Group Consortium, secured the Rs 11,744-crore order for redevelopment of the existing BDD chawls at Worli, Mumbai.

Reports suggest that according to the redevelopment plan for the 195 chawls on the 34.05 hectares of government land in Worli, eligible unit holders will be given 500 sq ft units free of cost on ownership basis. Housing units of 269 sq ft each will be given to slum dwellers. More than 1,700 families of police personnel who are living in BDD chawls after their retirement, are also entitled for free housing under the redevelopment scheme. These units will be given from the surplus flats that MHADA has and will not have any impact on units to be given in other categories. Also, the Maharashtra government recently extended the eligibility of free housing in this project to people paying rent, as on January 1, 2021.

Recently, the Maharashtra state government issued a notification, allowing MHADA to sign new house-sale agreements with BDD chawl tenants. The tenants who shifted to transit houses and whose names have been selected in the lottery, will sign the new house-sale agreements. The lottery draw was held for 272 units in February 2021. This move will help overcome the problem of tenants not backing the redevelopment project.

On August 18, 2021, the Maharashtra cabinet announced that while the housing units at Mumbai’s BDD chawls would be free for eligible residents, the state government would charge Rs 1,000 as the stamp duty and agreement charge per house. This is a respite for the residents of BDD chawls as otherwise, the stamp duty for properties in Maharashtra is 5% of the property’s value.

Maharashtra chief minister Uddhav Thackrey, while taking an update on the progress of the BDD redevelopment work, directed the officials to accelerate the work. While redevelopment work on the BDD Chawls spread across Worli, NM Joshi Marg and Naigaon has started, the cluster at Sewri is on hold. According to an FPJ report, more than 960 families who are living in 12 dilapidated buildings in BDD Chawls at Sewri, are still waiting for their housing redevelopment project. This is because, even  while the Mumbai Port Trust is the owner of the land of Sewri BBD and ready to extend the lease, want of permission from the center to commence the work has put the redevelopment project in the backseat.

The British had constructed the 207 BDD chawls around 1920, as low-cost housing for mill workers, dock workers, civic and other government employees. The BDD chawls are spread over 93 acres and comprise 207 ground-plus-three-storey buildings, having 16,557 flats measuring 160 sq ft. 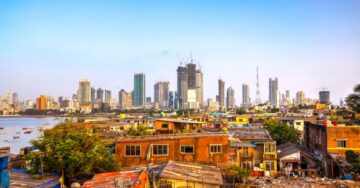 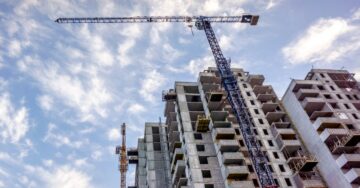