Getting adequate sleep at night is vital for the body and makes you feel rejuvenated to start a new day. For ensuring a restful night’s sleep, it is important to check not just how your bedroom is designed but also the sleeping direction i.e., the direction you face when you sleep. The ancient system of Vastu Shastra recommends certain rules on the best direction to sleep, which can have a significant effect on a person’s physical and mental health. 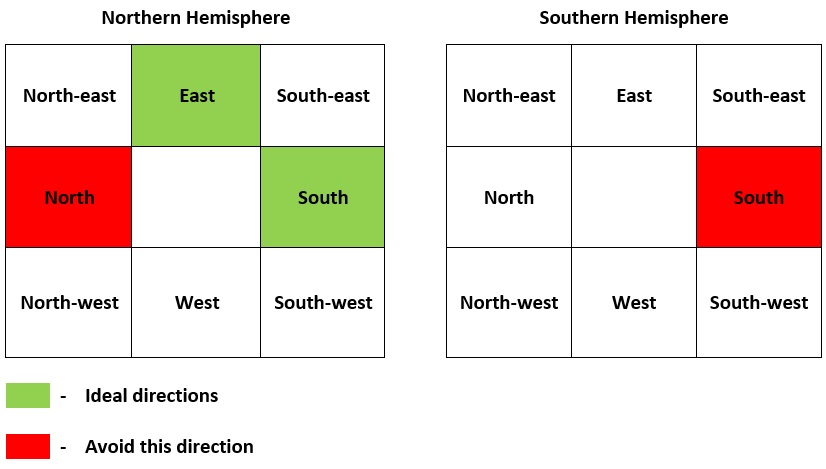 Best direction to sleep: Know the right sleeping direction as per Vastu Shastra

Ensuring the best sleeping position, as per Vastu, will also boost one’s physical and mental well-being. However, the rules may differ for people living in different hemispheres. So, the ideal Vastu sleeping position may have a direct correlation with the earth’s magnetic pull.

Firstly, it is essential to understand the impact of magnetic fields and electromagnetic energies on our health. Both, the earth and the human body, have magnetic poles. Our planet has magnetic poles running from north to south, with the positive pole in the north and the negative pole in the south. Due to the magnetic pull of the earth, sleeping in direction like north can make the two positive poles repel each other.

As per Vastu principles, the best direction to sleep are east and south directions so that the head is towards east or south while the legs point to the west or north. It is also the scientific way to sleep.

If you are in the northern hemisphere, these are the ideal directions for sleeping. Thus, it is essential to align the bed in a way that promotes good energy flow and ensures quality sleep.

See also: Make these five changes in your bedroom for better sleep

The best sleeping direction, as per Vastu Shastra, will depend on which hemisphere you live in. If you live in the southern hemisphere, it is essential to understand the effects of the magnetic fields. So, as per Vastu, which direction to sleep if you are in this hemisphere? One can sleep with the head pointing towards any direction except the south direction.

Thus, as per Vastu Shastra, the sleeping direction recommended for southern hemisphere is North, East and West.

Sleeping direction and placement of bed

As per Vastu Shastra and Feng shui, the bed should not be placed under any overhead beam or any other kind of object, including windows, that can obstruct the flow of energies. The bed should be positioned directly against a wall such that the door is visible but not directly in line. This keeps you in a command position, as per Feng shui and provides you the best direction to sleep. The feet should not be pointing towards the door.

When ensuring you face the right sleeping direction in the bedroom, pay attention to the design of the room. To promote smooth flow of positive energies in the bedroom, keep the room clutter-free.

As per Vastu shastra, the colour scheme should be selected in a way that it addresses the three types of doshas – vata, pitta and kapha, representing the various natural elements.

Hence, besides ensuring the right sleeping position according to Vastu, you can make suitable alterations in the colour scheme of the room to boost positive vibes.

Based on some scientific studies, it has been observed that humans may be sensitive to the earth’s electromagnetic energies. When sleeping with heading towards the south direction, it has been found that there is a significant lowering of blood pressure and improvement in the sleep quality.

On the other hand, sleeping with head to the north direction can impact the body, with pressure on the brain owing to the magnetic pull. The head functions as the north pole, thus facing north is not recommended when sleeping.

Thus, considering the effect of the earth’s magnetic fields on our body, the south is the best direction to sleep.

Further, to ensure good sleep quality and promotes good health, one should know which direction is good for sleep scientifically. Experts say that certain sleeping positions are recommended for people with specific concerns. For example, sleeping on side position is ideal for those having back pain or neck pain.

In Ayurveda too, sleeping on one’s left side is recommended as it facilitates easy breathing and improves body functions. Many people wonder which side to sleep as per Vastu. Here, it is important to note as you ensure a comfortable position to sleep, you must remember the Vastu recommended direction for sleeping.

So, which direction to sleep scientifically in India? One should consider the right sleeping direction in northern hemisphere, which is east or south direction.

These theories are based on scientific research. Sleeping in South direction has many benefits as compared to other directions. Since one’s head acts like a north pole, sleeping in a north-facing position can have a negative impact on the health. Moreover, sleeping in the right position also aids in quickly reaching the rapid eye movement sleep stage, which is important for improved cognitive functions.

Also, the best sleeping direction is the one that prevents geomagnetic interference. As per Vastu Shastra, the focus is one achieving favourable setting using the five elements of nature, the different directions and energy fields, leading to improved health, finances and overall wellbeing.

Why east is the best sleeping direction in Vastu?

The east is the direction of the rising sun and is believed to be good for meditation and other spiritual activities. Sleeping with one’s head pointing towards the east and the feet towards the west, ensures sound sleep. East is the best direction for sleeping as it improves memory and concentration levels. Thus it is also recommended for students. It is also important to align the bed in the kids’ room facing towards the east direction to encourage their healthy growth.

The planet also rotates from west to east. The waves flowing in this direction are positive and provide positive energies to the body. It also balances the three doshas mentioned in Ayurveda, namely Vata, Pitta and Kapha. Thus, east is regarded as the best direction to sleep.

Why south is the best direction to sleep?

See also: All about Vastu for south facing house

Effects of sleeping with head towards west direction

The west direction is not a Vastu recommended direction to sleep, as per Vastu. Sleeping with one’s head pointing towards the west direction can increase restlessness and affect the quality of sleep. Sometimes, the guest bedrooms are designed to face the west.

So, is west direction good for sleeping? The answer is not a generic one.

Effects of sleeping with head towards north direction

According to Vastu, the north is not the best direction to sleep. Hence, one should avoid sleeping with the head towards the north direction. Given the impact of the earth’s magnetic energies, sleeping in this direction can cause variation in the blood pressure and make it difficult for the heart to pump blood. The blood vessels reaching up to the brain have a fine hair-like arrangement as compared to those running down. It is believed that in some cases, there is risk of haemorrhage. Further, the blood contains iron and the magnetic pull when sleeping towards the north attracts iron, causing an impact on the brain. Sleeping towards the north direction can disrupt blood circulation and lead to health problems, including headaches.

Best direction for sleeping for couples

When designing the bedroom for couples, it is essential to keep certain Vastu rules in mind. Positioning the bed in the south or the south-west area is recommended. Further, as per Vastu, the wife must sleep on the left side of her husband to promote a happy marital relationship. For couples the best direction to sleep is with their head towards the south, the south-east or the south-west. One should not face the door while sleeping or sleep under any overhead beam.

Further, remove any object that may obstruct the flow of energies and are not related to relationship. For example, electronic items like computers are not recommended in the bedroom. One can instead place items that will boost the relationship such as elephant figurines. These are a few points to consider when deciding the best direction to sleep for couples.

As recommended in Vastu Shastra, the best direction for sleeping is the east or south direction, as it promotes sound and restful sleep.

Sleeping direction and its effects as per Ayurveda

Vastu Shastra and Ayurveda that is an ancient and alternative system of medicine, also lay importance on ensuring the best direction to sleep to boost health benefits.

As per Ayurveda, one must sleep on their left side to ensure good health and overall wellbeing. One should sleep in this direction to promote easy breathing, boost circulation and minimise the pressure on the heart. Sleeping sideways is the ideal direction to sleep as it boosts the flow of prana or life force in the body. Avoid sleeping on your stomach.

For some people, west may a neutral sleeping direction. However, as per Vastu, it can also increase Rajas guna among the three guṇas, doshas or attributes (Sattva, Rajas, and Tamas). Those with Vata dosha, having problems such as anxiety and cold hands may keep head position towards the south or southeast while sleeping. This can be beneficial for them.

Vastu shastra emphasises on ensuring the ideal sleeping direction to ensure sound sleep. Similarly, Feng Shui, the ancient Chinese practice, also lays down guidelines to improve the positive energy flow in the house. Also known as Chi, positive energies, can be enhanced through proper arrangement of the bedroom and its various elements. Here are some useful tips while ensuring the right sleeping position and direction.

Which direction should we not sleep?

Can we sleep in west direction?

West is not an ideal sleeping direction according to vastu. However, it may be beneficial for some people. Sleeping in this direction can make a person success drive and will not have any negative effects. 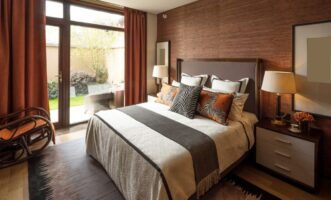 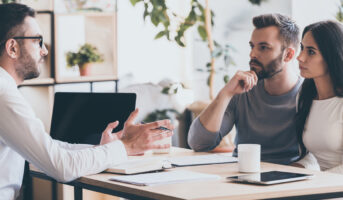 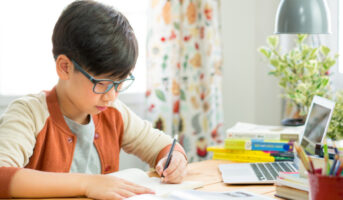 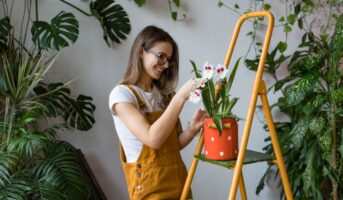 Vastu Shastra for keeping plants at home and in your garden. 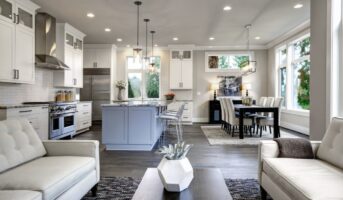 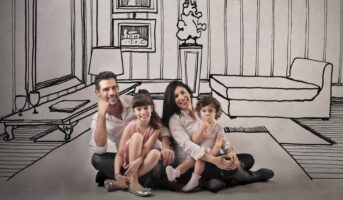 Vastu Shastra tips to bring good luck to your home.