Those buying land in Bihar can cross-check the property ownership information on the bhu naksha Bihar website. The digital land records in the state or online Bhulekh Map in Bihar enables citizens to know their land related details without the need to visit the revenue office. In this article, we elaborate on how to access that information from the official portal.

See also: All about Bhu Naksha UP

Bhu-naksha, a Hindi term, refers to what is known as the cadastral map of land in India. A bhu naksha shows the extent, value and ownership of the said land parcel. Most states in India provide these details under the government’s Digital India programme. Interestingly, most of their websites are named as Bhu Naksha. In case of Bihar, the official portal that gives all land-related details is known as Bihar Bhulekh website.

If you zoom in on the khasra or enter it in the space available on the top of the page, you will get all the details such as plot number, khasra number, details about owner or joint owners, father’s name, caste details, neighbours, all plots of the same owner, etc. 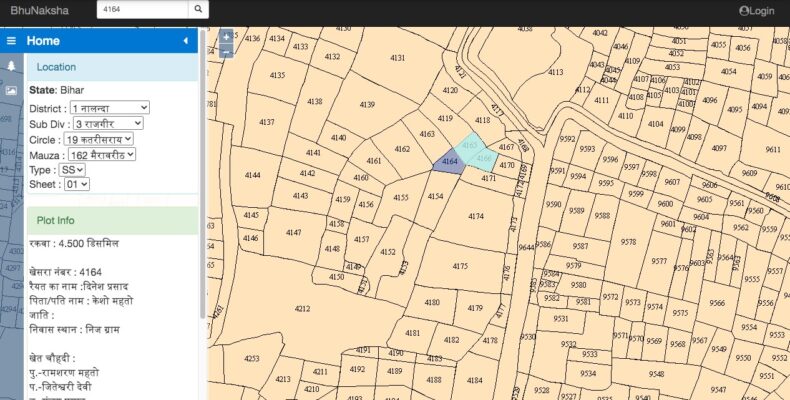 Step 4: You can also get a Bhulekh Map Report and ROR report and download it from this website. 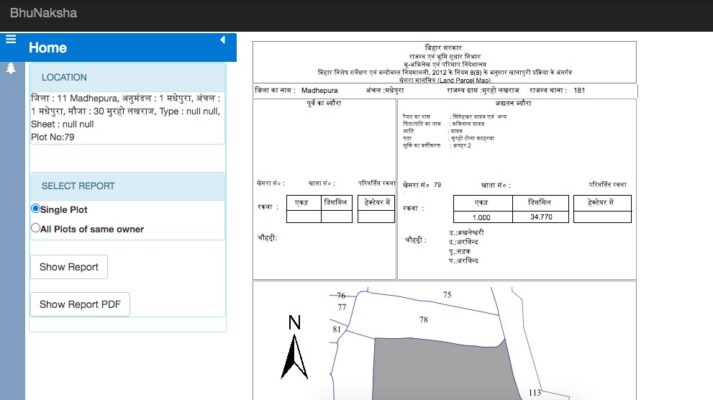 Bhulekh map Bihar: What is a plot report?

You would have noticed that on the left-hand side of the above picture, there is an option for ‘Single plot’ report. A plot report is a printable map of the area in which a plot is situated. By default, the Bihar land record map report will be printed on an A4-sized paper with best fit scale. It is possible to generate the Bihar bhumi map report of bhu map in Bihar to any scale and you can generate the report for all plots of a particular owner but in the latter case, reports of each plot would be printed on different pages.

See also: All about MPIGR

Yes, for districts where the bhunaksha in Bihar has been made online, you can download the Bihar land record map. To print, press CTRL+P. You can save this by opting for the ‘Save as’ option like you see in the picture of a land or bhu map in Bihar below.

Bhunaksha Bihar: What to do if you cannot find land map in Bihar online?

In case you cannot see the Bihar land map online, it may be because the authorities are still in the process of updating it. You can always inquire about the progress and status about Bihar land maps, by making a physical visit at the concerned department’s office in Bihar.

See also: All about the procedure for property registration Bihar

Only Nalanda, Madhepura, Supaul and Lakhisarai have the bhu naksha updated online. For the remaining areas, data is still in the process of being digitised and updated.

Read our article on how to check Bhu Naksha in different states.

Bhunaksha Bihar: List of districts with bhu naksha details yet to be made online

See also: All about bhulekh in different Indian states

Bhunaksha Bihar: How to get the map of farm in Bihar?

See also: All about Bihar bhumi

Bihar to use electronic total station machines for land measurement

September 4, 2021: The Bihar government plans to provide electronic total station (ETS) machines for land measurement and land and survey work in 20 districts of the state. The move is part of the Bihar Revenue Department’s plan to digitise land records. The distribution of the ETS machines is likely to start in the month of October 2021.

Every plot to get a unique identification number in Bihar

In Bihar, every plot will be given its own unique identification number, similar to the Aadhaar number. It will be a 14-digit, alphanumeric combination. Sheikhpura will be the first district in the state to try out this development. The government is also keen on developing a real-time map and its consolidation will take place with the help of artificial intelligence.

DM Kaushal Kumar has given instructions to the agency conducting the aerial survey in Bihar. In the meeting held at the Collectorate Auditorium, the DM said that the Additional Collector will work in coordination with the agency, to ensure that the survey work based on the aerial map is not delayed. There will be wide publicity for the work, through various mediums like hoardings. He directed that these be displayed at places like camp, panchayat, mouza, block and zonal offices, adding that regular monitoring will be ensured.

A  survey camp was organised in Madhepura recently, chaired by Amit Kumar. Addressing the camp, ASO Safi Akhtar said that a survey will be started afresh for the first time since 1965 and this time it would be digital. Survey office Panchayat Sarkar Bhavan Giddha has been built in Shankarpur block. In future, land-related survey work of all eight revenue villages including Maura, Bari, Champanagar, Jirwa, Rayabhir, Basantpur, Giddha will be conducted.

Land disputes may go down in Bihar

Authorities are estimating up to 80% reduction in the number of land dispute cases, following the aforementioned survey. The survey work will begin after general meetings in Bellary, Kumarkhand on September 16, 2020 and Gudiya and Laxmipur Bhagwati on September 17, 2020.

The Bihar government expects to offer home delivery of survey and consolidation maps through speed post, from August 2021. The state government has already taken on board the postal department and banks. People will be required to pay the postal fees and the naksha will reach one’s home and one will no longer be required to frequent the government offices. The application and required fees can be furnished online, once the authorities notify the same.

Also, the NIC is developing a software through which a map of any village of Nalanda can be obtained while sitting in capital city Patna. Previously, the facility of obtaining maps was limited to the extent of its district.

See also: All about Odisha  e-Pauti

By when will the bhu naksha for other districts in Bihar be updated on the website?

This information can be obtained from the Department of Revenue and Land Reforms, Bihar.

Whom should I approach for any discrepancy or information related to Bihar bhu naksha?

Is it tough to find the Bihar bhu naksha online?

You can find the Bhu naksha for Nalanda, Madhepura, Supaul and Lakhisarai in Bihar online within five minutes. The online process is very easy. 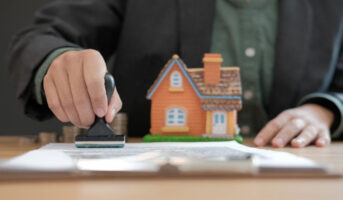 Property registration in Bihar: How to register property and land in Bihar. 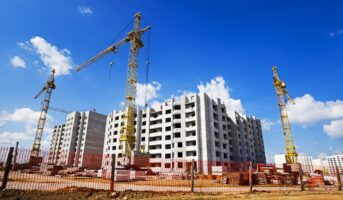 All about the Bihar State Building Construction Corporation Limited (BSBCCL). Everything you need to know about the Rural Works Department (RWD) Bihar.