In a first, finance minister Arun Jaitley, on February 1, 2018, announced the expansion of the Mumbai suburban train network, spread over 465 kms, at a cost of Rs 11,000 crores and said the government also planned to allocate Rs 40,000 crores for the city’s rail network. He also announced a corpus of Rs 17,000 crores, for the local rail network in Bengaluru, the capital of Karnataka, which goes to polls later this year.

“The Mumbai transport system, which is the lifeline of the city, will be expanded and augmented to add 90 kms of double line track at the cost of Rs 11,000 crores. An additional 150 kms of suburban network is also being planned at a cost of Rs 40,000 crores, including elevated corridors at some sections,” Jaitley said.

Maharashtra chief minister Devendra Fadnavis tweeted “Celebrate Mumbai!” moments after the announcement was made. The suburban railway in Mumbai operates 2,342 local train services and carries more than 7.5 million commuters daily and this is the first time that the network is being expanded.

For Bengaluru, Jaitley announced a corpus of Rs 17,000 crores, a day after the state cabinet approved the Bengaluru Suburban Rail Projects’ first phase, to be implemented in the next three years. The project is a joint venture between the state government and the Indian Railways and the state government would bear 20 per cent of Rs 349 crores, of the total cost.

“A suburban network of approximately 160 kms at an estimated cost of Rs 17,000 crores is being planned, to cater to the growth of the Bengaluru metropolitan,” Jaitley said. Railway officials said that in the Bengaluru network, as of now, there will be a total of 58 trains offering 116 services. Each train will have a capacity to carry 1,800 to 2,000 passengers per trip. 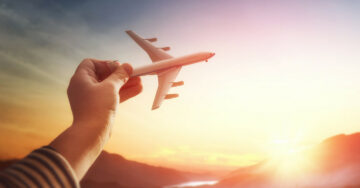