The Coronavirus-hit housing market has made Indian home buyers realise the value of established brands even more. With India reeling under the impact of the COVID-19 second wave, consumers are clearly looking for ‘gold standards’ in the housing market with reputed brands. This is true even for under-construction projects by reputed brands that command a premium, as these are more preferred over ready-to-move-in homes by smaller developers, finds an online study by Track2Realty.

More than half the Indian home buyers (as many as 54%) do not mind paying up to 20% premium for properties by established brands. Even more in number, 68% to be precise, would prefer an under-construction unit of a reputed brand, rather than a ready-to-move-in project by a lesser-known developer. As many as 70% of the respondents even believe that the builders who do not value their brand goodwill, are exploitative even after possession is given.

Among the home buyers who bought their apartments from smaller developers, as many as 82% said that they compromised due to budget constraints. Brand name matters, not only for buyers of luxury housing but also affordable housing. As many as 44% affordable housing buyers are ready to shell out 10% more for brands that have a consistent track record. The survey noted that the number of buyers relying on established brands increases as the value increases, while smaller developers seem to have future only in the affordable housing segment, owing to buyers’ budget constraints. Track2Realty’s survey was conducted between April 1 and April 30, 2021, to assess the change in consumer behaviour after the Coronavirus pandemic hit the housing market. A structured set of open-ended and close-ended questions were given to 4,000 respondents (42% females and 58% males), to assess their future buying patterns. The survey focused on five areas – trust quotient, aspirations, market realities, livability benchmark and product acceptance. A vast majority of the home buyers belonged to double income families.

What is more important: Location and size of a home or its price?

A house is one-time purchase and I do not want to be penny wise and pound foolish. I have seen some of my relatives buying properties that were cheaper than the neighbourhood rates but they all ended up getting a much cheaper product with a smaller builder. It is better to rely upon a brand that is worth paying more for,” says Anadi Mishra in Noida.

More than six out of 10 (62%) of the home buyers were so disheartened with the market malpractices of smaller developers that they would not mind compromising on the size of the apartment or its location, to choose an established brand.

Why referrals are important in real estate?

The survey noted that although a house might be one time purchase in an average Indian’s life, brands could rely on compounding through referrals. As many as 74% categorically said that they would never buy with a developer, irrespective of the hype surrounding a project, if the buyers in his previous projects were critical of him. Up to 58% also believed that online reviews in favour of the builder and his projects could be manipulated and hence, they would only rely on on-ground interaction or word-of-mouth from friends and family.

“I was almost ready to pay the booking amount for a ready-to-move-in property, when I went to meet the buyer who was living next door. This saved me from future harassment and exploitation. I ended up buying with one of the best brands and I am now happy with my choice, even though I paid some Rs 18 lakhs more,” shares Vernika Verma in Bengaluru.

What is the difference between reputed developers and small developers?

The key difference between reputed brands and the lesser known ones, according to the respondents, lay in in the following:

See also: How to deal with one-sided clauses in builder-buyer agreements?

In the secondary market too, as many as 58% of the respondents did not favour the lesser-known brands. Regional brands also found takers, with as many as 62% saying they trusted regional players that had a consistent track record of performance. 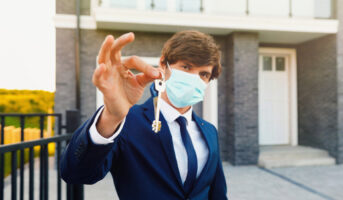 COVID-19: What has the real estate industry learnt from the pandemic?. How will COVID-19 impact the second homes market?. 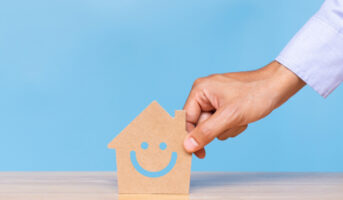 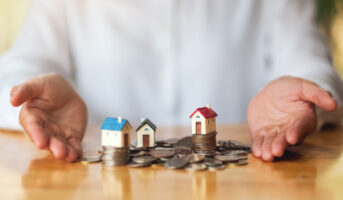