The Competition Commission of India (CCI) has given its approval to the Blackstone-Prestige Estates deal, under which the global private equity major will purchase certain assets of the Bangalore-based builder. Under the deal, worth USD 1.5 billion (Rs 11,000 crores), Prestige Estates will sell premium commercial and retail properties to the US private equity major, spanning an area of 21 million sq ft.

These include six completed and four under-construction office spaces, nine malls and two hotels, spread across Bengaluru, Chennai and Gujarat. The assets that will be sold include up to 100% stake in six completed office assets and 85%-87% stake sale in nine entities owning nine malls. The company will also transfer up to 50% of its rights and interest in four under-construction office assets and sell up to 100% stake in hotel Aloft and 85% stake in hotel Oakwood Residences.

Prestige signed the term sheet for the deal with Blackstone Group on November 10, 2020. In October 2020, the builder had signed a non-binding letter of intent with Blackstone, for the sale of certain indirect and direct interest in some of its commercial offices, retail and hotel properties and malls.

With this transaction, Blackstone’s investments in India’s real estate sector have grown to USD 10 billion. As it is, the global PE giant is the biggest office space owner in India, through its joint ventures with leading commercial real estate developers including Panchshil Realty, K Raheja Corp, Salarpuria Sattva, etc. It has also backed the two real estate investment trusts – Embassy Office Parks REIT and Mindspace Business Park REIT – that have been listed in India so far.

See also: What makes REITs in India a preferred choice for investors?

On the other hand, the deal will help Prestige to reduce around Rs 6,000 crores of debt and generate growth capital of around Rs 4,000 crores, for new projects. In Bangalore, the company owns and operates office spaces including Prestige Solitaire, Prestige Tech Cloud, Prestige Bluechip, Prestige Cessna Business Park, Prestige Central, Prestige Delta, Prestige Centre Point and Prestige Atrium, while it owns Prestige Polygon in Chennai. Prestige also owns nine hospitality spaces in Bangalore. Known for its premium offerings, it has residential projects across all leading cities in the country. 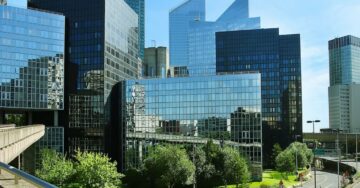 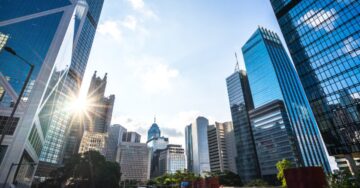