Home » Must Knows » Legal » What is force majeure and how does it work in the Indian real estate sector?

Real estate developers in India have expressed some satisfaction, after finance minister Nirmala Sitharaman disclosed some of the details of India’s mega Rs 20-lakh-crore Coronavirus stimulus package on May 13, 2020. The FM allowed developers to cite the ‘force majeure’ clause, as a legal justification for delays in project deliveries. This absolves the developer community from paying up to 10% of their entire project cost as penalty, for not meeting the deadline that was fixed at the time of project registration with state real estate regulatory authorities.

Sitharaman said that the government would direct state real estate regulatory authorities, to consider the entire duration of the COVID-19 pandemic in India as force majeure – a French term that literally stands for a superior or irresistible force in English and ‘अप्रत्याशित घटना’ in Hindi – as far as housing projects are concerned.

Now, the Ministry of Housing and Urban Affairs has issued an advisory to states and union territories to extend the timelines of various time-bound permissions by nine months. Developers need not make an application to get that done; this extending would happen automatically.

Before we venture into what the government’s move would mean for home buyers in general and the housing sector in particular, let us look at how force majeure, more commonly known as the ‘Act of God’, works, vis-à-vis contracts.

What does force majeure mean?

The Oxford Dictionary defines force majeure as “Unexpected circumstances, such as war that can be used as an excuse when they prevent somebody from doing something that is written in a contract.”

According to the Black’s Law Dictionary, force majeure is an event of effect that can neither be anticipated nor controlled.

“Such a clause is common in construction contracts, to protect the parties in the event that a part of the contract cannot be performed, due to causes which are outside the control of the parties and could not be avoided by exercise of due care,” it says.

Legal experts are of the opinion that force majeure covers both, extraordinary circumstances, as well as natural calamities and gives the parties involved in an agreement freedom from performing their contractual obligations, for things beyond their control.

For a situation to be defined as force majeure, however, certain conditions have to be met, including externality, unpredictability and irresistibility of the event.

Even though force majeure has neither been defined nor dealt with in Indian law, the concept of an uncertain future event has been recognised under Section 32 of the Indian Contract Act, 1872, which talks about ‘enforcement of contracts contingent on an event happening’. It has also been touched upon under Section 56 of the Contract Act, under the doctrine of frustration.

“Contingent contracts to do or not to do anything if an uncertain future event happens, cannot be enforced by law unless and until that event has happened,” reads Section 32.

Section 56, on the other hand, which works on the doctrine of frustration, says that a contract stands null and void, if its fundamental purpose is destroyed.

“As there is no specific mention of the clause in the Indian legal system, parties have to specifically mention force majeure in their contracts, to be able to cite it as a reason for not being able to perform an obligation,” says Brajesh Mishra, a Gurugram-based lawyer, who specialises in corporate law.

Notable here, is the fact that there is no provision in the Contract Act that absolves a party from carrying out a contract, because of force majeure. This means that a party in a contract cannot cite extraordinary circumstances as the reason not to pay; this liability would stand, irrespective of the force majeure.

“A party cannot be entirely relieved from performing its contractual obligations, based on force majeure. This provision can only be cited, to suspend that performance for a certain period,” explains Avneesh Kumar, a lawyer in the Allahabad High Court.

In the Bhopal gas tragedy case, the Supreme Court ruled that an uncertain event cannot be used as grounds, to not honour one’s liability. Force majeure can only be pleaded as a defence and the party doing so, has to prove it exercised due caution.

The Real Estate (Regulation and Development) Act (RERA) makes it mandatory for builders to register all their new projects with the state authority and specify a period within which the project is expected to be completed.

“No promoter shall advertise, market, book, sell or offer for sale, or invite persons to purchase in any manner any plot, apartment or building in any real estate project, without registering the real estate project with the Real Estate Regulatory Authority,” reads Section 3 of the RERA.

If the builder fails to meet the specified project deadline, he may be asked to pay a penalty of up to 10% of the entire project cost.

See also: What can buyers expect in the post-coronavirus world?

The law, however, comes to the rescue of the developer, in case extraordinary situations prevent them from meeting their obligations. Unlike the Contracts Act, which only touches upon force majeure through indication, the Real Estate (Regulation and Development) Act, 2016, recognises and defines the clause in relation to project registrations.

“The registration granted (to a real estate project) may be extended by the (real estate regulatory) authority on an application made by the promoter due to force majeure, in such form and on payment of such fee, as may be specified by regulations,” reads Section 6, Chapter-II of the RERA.

It also specifies that the authority may ‘in reasonable circumstances, without default on the part of the promoter, based on the facts of each case and for reasons to be recorded in writing’, extend the registration granted to a project for such time as it considers necessary. “This extension shall, in aggregate, not exceed a period of one year,” it says.

Defining the terms, the RERA says, “The expression ‘force majeure’ shall mean a case of war, flood, drought, fire, cyclone, earthquake or any other calamity caused by nature affecting the regular development of the real estate project.”

While the word epidemic is missing from the definition, the phrase ‘any other calamity caused by nature affecting the regular development of the real estate project’ is understood to include epidemics and pandemics.

“The government’s announcement, vis-à-vis extending project registration deadlines for six months, is a mere enumeration of the obvious. The developer community was bound to and is within their legal right, to cite the Coronavirus period as force majeure, because the clause has been recognised and defined under the RERA,” says Pranjal Kishore, a Delhi-based lawyer practicing in the Supreme Court. Even otherwise, the force majeure clause is invariably inserted in all builder-buyer agreements.

See also: Will property prices crash due to Coronavirus?

How will the force majeure clause impact home buyers

The use of the force majeure clause would lead to large-scale delays in projects. Worse still, builders in less-affected housing markets would get away without paying any penalty, because the centre has offered a blanket relief.

“Offering this relief to builders in the housing markets in the National Capital Region (NCR) and the Mumbai Metropolitan Region (MMR) makes sense, as these cities fall under the contagion hotspots, resulting in construction activity coming to a grinding halt. Even when the lockdown is over and construction activity resumes, the large-scale exodus of migrant workers, would have a heavy bearing on the speed of the work,” says Kishore. Offering a blanket relief to developers across the country may not be a good idea, as construction activity is currently on, in areas that are green zones, Kishore adds.

“As of now, supply chain is the most critical requirement of the industry so that the delivery of materials can be alleviated and business at the construction site can begin immediately. However, the biggest challenge remains in ensuring the availability of labour, when activity resumes. Migration of labour poses a huge concern for the resumption of construction,” adds Nimish Gupta, MD, RICS South Asia.

According to PropTiger DataLabs, as on March 31, 2020, India’s nine prime residential markets had over 16 lakh (16,08,237 in total) housing units in various stages of construction. Of these, nearly 37% units are concentrated in the MMR market, while the NCR market has 19% of this stock.

“The measures announced by the government may take some time to be implemented and this could mean delays for housing projects. The cumulative effect, is that there could be delays in projects of roughly three to six months,” Gupta concludes.

See also: Will delays be the new normal in Indian real estate?

Can buyers cite the force majeure clause for non-payment of EMI?

Project delays are not the only thing buyers have to worry about. At a time when a majority of borrowers would see the source of their incomes getting impacted, they can hardly see any respite from the home loan burden. Even though the government has announced a six-month EMI moratorium for buyers, they would ultimately be liable to pay more interest in future, if they oft for the moratorium. In what would seem like a double whammy for borrowers, a job loss, because of unprecedented circumstances cannot be cited as force majeure , to avoid paying EMI.

What is act of God?

Act of God is an event, beyond the parties’ control, that relieves one or both parties from the liability to perform contractual obligations.

What is doctrine of frustration?

Under this rule, an event that prevents the completion of performance of a contract ends in the frustration or end of the said contract. 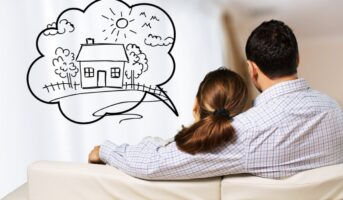 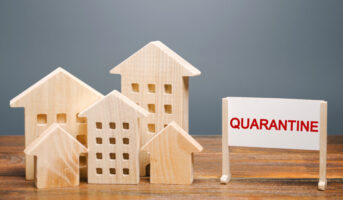