Home » Must Knows » Legal » What are building bye-laws?

In the absence of building bye-laws, cities will be confronted with excessive coverage, encroachment and haphazard development resulting in chaotic conditions, inconvenience for the users and disregard for building aesthetics.

Typically, building bye-laws are created by the town planning authorities and address various building and safety requirements, apart from height, coverage, limitations and amenities in a building. Building bye-laws also contain rules to ensure that there is minimum harm to the environment, as a result of developments.

As construction activities involve a lot of aspects that might be harmful or disturbing for those living in the surrounding areas, checks are also put in place, to keep such disturbances to their lowest level. Harmful levels of dust accumulation, health hazards, structural failure, risk of fire and high level of noise, are some of the aspects that builders need to take care of, throughout the construction cycle.

Machines used at the site can also emit radiations that are harmful to our health and the environment. To minimise the impact, buildings have to make efforts to mitigate electro-magnetic radiations in built spaces, by identifying appliances and sources of such emissions.

See also: All about the National Building Code of India and guidelines for residential buildings

The urban development ministry came up with the Model Building Bye-Laws, 2016. Rules were formulated under the policy, to act as a model for states and local governments to follow.

The government cited growing environmental concerns, increased safety and security measures, technological developments and the focus on ease of doing business, as the reasons behind the revision of the building bye-laws. The bye-laws were circulated to all states and union territories, of which 22 states and UTs have undertaken comprehensive revisions of their respective building bye-laws, since 2004.

What aspects do building bye-laws cover?

Under the building bye-laws in India, directions are laid down with respect to the following aspects of construction:

See also: All about a turnkey project

Do building bye-laws cause project delays?

In India, real estate developers have to adhere to a variety of other rules and regulations, apart from following the rules prescribed under the building bye-laws. A high level of compliance is often cited, as a key reason behind project delays, as the time involved in applying for permissions from various departments and getting their approvals is unduly long. Aside from central laws, builders also have to abide by rules set by local development authorities such as the Delhi Development Authority (DDA), the Brihanmumbai Municipal Corporation (BMC), the Bruhat Bengaluru Mahanagara Palike (BBMP), etc., throughout the construction cycle.

The directorate of local bodies in Rajasthan has asked urban local bodies in the state to implement the Rajasthan Urban Area Building Regulation, 2020, before March 4, 2021. The move by the directorate comes as most ULBs failed to implement the law, even after several directives. On November 12, 2020, civic bodies were given 15 days’ time for implementation of the regulation but a majority of them failed to do so.

Who frames rules on building construction?

Is following rules of the Building Bye-Law 2016 mandatory for states?

Since this law is model in nature, it is not mandatory for states to follow them. However, in states that have made rules following the norms prescribed in the bye-laws of 2016, builders have to abide by the rules.

Building codes invariably talk about fire safety norms and prescribe rules for builders to maintain fire safety standards throughout the construction process. They are also mandated to keep fire safety provisions in the building itself. Without this, a building plan will not get approval. Laws pertaining to AGM of housing societies, in Maharashtra. 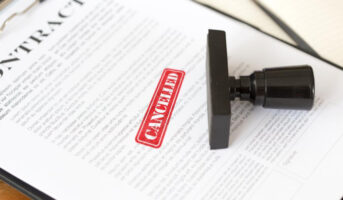 Token money, GST and stamp duty refund: How is money refunded when a property deal is cancelled?.