Home » Property Trends » Cluster-based redevelopment approach: The need of the hour for cities like Mumbai

The world as we know it has undergone a massive transformation in the last few months. The COVID-19 outbreak forced people to the confines of their homes and changed the way they lived and worked. The condition of cities like Mumbai that have historically seen an influx of migrants and aspiring professionals only worsened.

At a time when speculations are being made about India being hit by a third wave of the pandemic, the monsoon is also increasing the challenges faced by the island city. Every year, the monsoon season demonstrates the city’s brave face and resilience, even as the ageing structures in the inner city areas continue to worsen, weighing down the residents of Mumbai. While, over the years, Mumbai has witnessed major infrastructural developments like sea links and skyscrapers, the pace of redevelopment of the old and dilapidated buildings undoubtedly needs prompt addressing and a strategic change in approach.

Old Mumbai in need of an urgent makeover

The older part of Mumbai houses nearly 16,000 old buildings, comprising 50,000 residents, living in structurally weak homes that are on the verge of collapsing, in the areas of Byculla, Parel, Sewri, Bhendi Bazaar, Mohammad Ali Road, etc. The challenges worsen every year as the monsoon brings with it issues of water-logging and waterborne diseases. The heavy rains that the city endures, further weaken these old structures, leading to hazardous situations and even the collapse of multi-storeyed buildings.

Disasters like these serve as an eye-opener to both, the residents who live in fear of losing their roofs and the authorities that are committed to urban renewal and community development. The vulnerabilities are not just limited to collapsing of structures. The inhabitants are at constant threat, owing to the health issues caused by unhygienic and unsanitary living conditions, which is exacerbated during the monsoons. The narrow lanes delay emergency evacuation and small congested spaces have already demonstrated the intensity of virus spread. Leakage issues, loss of electricity, lack of access to health and safety measures and poor living conditions are further additions to the plight caused by rainstorms.

In 2021, the added health burden of the COVID-19 pandemic brought renewed focus on old buildings that needed immediate attention. Following the recent collapses in Malwani and Ulhasnagar in Mumbai, the state Urban Development Department brought forth viable solutions like cluster-based redevelopment, directing municipal corporations within the Mumbai Metropolitan Region (MMR) to plan for each area on a priority basis. This included a focus on transit areas and budget allocations that could help speed up the process. The move around cluster-based redevelopment, instead of individual buildings, is not only achievable but also a sustainable solution, economically, socially, environmentally and culturally.

In conjunction, the Maharashtra Housing and Area Development Authority (MHADA) also identified 21 structures in Mumbai as being extremely dangerous, with an advisory to over 700 occupants to move to transit accommodations, while reconstruction takes place. Steps in the right direction are already in motion for cluster zones across the city. Nevertheless, delays caused by residents being reluctant to move to alternative houses for various personal reasons, continue to be a problem that will require to be addressed by the authorities at every stage.

An example of cluster-based planning and its impact can be assessed from what the Bhendi Bazaar redevelopment project has been able to demonstrate and achieve, in terms of urban renewal and socio-economic upliftment for thousands living in this area. Placed in the heart of south Mumbai, Bhendi Bazaar has been riddled with similar challenges, brought on by deteriorating and poorly planned infrastructure. With the completion of its first phase, the project was able to rehabilitate hundreds of families, which initially resided in the dilapidated structures of the century-old Bhendi Bazaar, into safer homes. This and the temporary move to healthier and safer transit facilities for people waiting for their new homes to be constructed in the following phases, could serve as a model for structured cluster planning in cities like Mumbai.

The plague of 1890 brought alive Mumbai’s urban planning and the pandemic of 2020 should only serve as a reminder for faster redevelopment. Shifting from decaying constructions to sustainable ones is also a dire need from the perspective of community health, safety and sanitation. In this context, solutions, such as clustered development, definitely need to be embraced. What will really set Mumbai’s planning apart, is the extent to which these new spaces in the heart of the city will provide for the generations to come.

See also: Maharashtra self-redevelopment scheme: All you need to know about it

(The writer is architect and trustee of Saifee Burhani Upliftment Trust, which is undertaking the Bhendi Bazaar Redevelopment Project.) 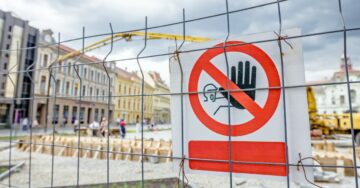 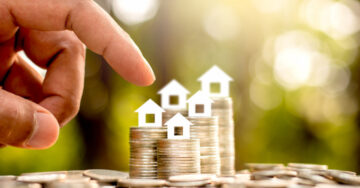