The Delhi Development Authority (DDA) has set up a panel to review the objections and suggestions received on the draft Master Plan for Delhi-2041, in a meeting held on September 14, 2021. The Authority plans to get a final approval for the MPD-2041 by December 2021. Earlier, the DDA had extended the timeline to receive public feedback on the Delhi Master Plan 2041 till August 23, 2021, after a large number of civil rights groups started to point out the lack of children and women-friendly provisions in the MPD 2041 draft.

Pointing out that that the MPD 2041 was sorely missing gender-inclusivity and children-friendly provisions, for instance, the Delhi Commission for the Protection of Child Rights (DCPCR) had earlier recommended certain additions in the Delhi master plan 2041.

The Delhi master plan must factor-in the significance of children as they form 30% of the national capital’s current population (around 30% of Delhi’s population comprises children in the age group of 0-18) and earmark 30% of the planned area in 18 zones of the city, to create infrastructure facilities catering to this segment, the panel suggested. The Delhi master plan 2041 must also direct offices to equip themselves with facilities like feeding rooms and crèches, to ensure higher participation of women in Delhi’s workforce, it further suggested.

Chairperson of the DCPCR Anurag Kundu said there was a need to plan for the future, because the ‘existing efforts by the government to ensure implementation of child rights were hampered by non-availability of land’. The Delhi master plan must try to make parenting easier, though better planning, the chairperson added.

Meanwhile, the DDA is also planning to notify changes in its land pooling policy, which was notified in 2018. The DDA said that it would soon finalise the recommendations, based on public feedback and table it in the Authority’s meeting in September 2021. Once approved, it would be sent to the union Housing and Urban Affairs Ministry for final notification, a DDA official said. The land pooling policy aims to meet the growing housing demand in the national capital by providing nearly 17 lakh units in 95 urbanised villages.

June 10, 2021: The development body in Delhi is inching closer to getting the master plan for India’s capital city approved soon. After having sent the Master Plan for Delhi (MPD) 2041 to the Union Ministry of Housing and Urban Affairs for approval, the Delhi Development Authority (DDA) has now put the draft in the public domain, inviting objections and suggestions. In April 2021, the DDA gave its preliminary approval to the MPD 2041, which will work as the blueprint for the future development of the capital city for two decades.

Recall here that the DDA, the main agency responsible for providing housing in Delhi, aims to notify the MPD-2041, by December 2021.

As per the draft plan, the MPD focuses on providing a greener environment, cleaning of the Yamuna river, economic focus on areas such as IT, service sector and hospitality, enhanced mobility by promoting cleaner fuels, addressing the housing needs of the poor and rejuvenation of the heritage fabric of the city.

The plan also says: “The government has increased the focus on urban development by embarking upon a comprehensive programme for planned urban development in 2041, designed to bring about a transformative change in the lives of people with inclusive, participative and sustainable approach.”

To act as a strategic enabling plan, the MPD 2041 has sustainability, inclusivity and equity as its underlying core principles. The ultimate goal of the master plan is to develop India’s capital in such a way that it not only provides quality living to its citizens but also establishes Delhi’s economic and social stature on a par with cities of global standards.

“The vision is to foster a sustainable, liveable and vibrant Delhi by 204I. There are several policies and norms that have been introduced to achieve this. In fact, we have included some of them such as green development areas (policy for development in green belt areas), walkability, transit-oriented development, norms for unauthorised colonies, etc., in the current master plan,” DDA vice-chairman Anurag Jain said, recently.

Note here that the DDA has been entrusted to prepare the master plans for Delhi under Section 7 of the DDA Act, 1957. Typically, a master plan needs an update every 20 years under Section 11-A of the law. However, before the plan could be implemented, it must be approved by the centre. So far, the DDA has prepared three master plans: MPD 1962, MPD 2001 and MPD 2021. When approved, the MPD 2041 will become its fourth master plan.

See also: All you need to know about Comprehensive Development Plan (CDP)

The draft of the Delhi Master Plan 2041 is expected to be sent to the Housing Ministry for approval, by September 2021

April 15, 2021: The draft Master Plan of Delhi (MPD) 2041 has received an approval from the Delhi Development Authority (DDA) on April 13, 2021. According to a statement issued by the development body, the draft master plan will focus on rental and small format housing and will boost new formats, such as serviced apartments, condominiums, hostels, student housing, worker housing, etc. The focus is in line with the centre’s Pradhan Mantri Awas Yojana-Urban (PMAY-U) scheme, under which a rental housing portal is already being run. The rental housing scheme would come into effect once the MPD-2041 is notified by the ministry.

Earlier, in March 2021, the the Delhi Development Authority (DDA) said that the Delhi’s Master Plan for 2041 (MPD 2041) was ready and that the Authority planned to implement it, as soon as the term of the MPD 2021 expired. In a statement issued on March 26, 2021, the development body said that the draft plan would be sent to the Housing Ministry for its approval, by September 30, 2021, after it is placed before the Authority in April and after inviting objections and suggestions from the public.

The two-volume MPD 2041, with sector-wise focus on economy, environment, public spaces, heritage, mobility and infrastructure, also includes strategies for spatial development, to guide the type and intensity of development in various parts of the national capital, through land pooling and transit-oriented development (TOD) policies.

“The MPD 2041 is a ‘strategic’ and ‘enabling’ framework, to guide future growth of the city and it builds upon the lessons learnt from the implementation of the previous plans of 1962, 2001 and 2021. The policies to facilitate growth and future development of Delhi have been prepared, such as TOD and land policy. A ‘Green Development Area Policy’, to facilitate green development in LDRA area and green belt, has also been formulated and put in the public domain,” the DDA said. in a statement.

Nearly 70 agencies and over 150 departments were involved in preparing the MPD 2041, in addition to suggestions from Delhi residents. The GIS-based master plan focuses on three broad areas of sustainability, inclusivity and equity, through its ‘proactive and forward-looking nature’ that accounts for current, emerging and anticipated drivers of urban development. To help the Indian capital provide better physical and social infrastructure, the draft plan talks about a blue-green infrastructure, cycling infrastructure, walking circuits for pedestrians, spaces for yoga, active sports, open air exhibitions, museums, etc. It also plans to address the issues posed by unauthorised colonies.

“The master plan seeks to make Delhi an environmentally sustainable city that offers quality, affordable and safe living, while providing opportunities for economic, creative and cultural development,” Delhi Lieutenant Governor (L-G) Anil Baijal said in a tweet, after the first meeting of the MPD 2041 advisory council on March 26, 2021.

Addressing industry body CII’s Delhi State Annual Session and Business Conference, earlier in March 2021, Baijal had said that the Delhi Master Plan 2041 proposed to provide a suitable regime of incentives / disincentives to promote non-polluting and clean industries, including information technology and financial services. In a tweet following the event, the L-G also said that ‘building a sustainable, green, inclusive and resilient economy was the way forward to be able to capitalise on the untapped economic potential of Delhi’. 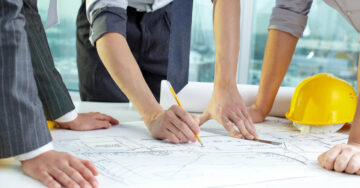 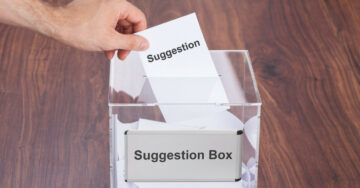