Following the revocation of the special status of Jammu and Kashmir under Article 370 of the constitution of India in August 2019 and the bifurcation of the state into two union territories, a prominent question on everyone’s mind is who will be able to buy a house in Jammu & Kashmir. Besides the political implications, the changes in the land laws in Jammu & Kashmir have a direct linkage with the way the property market would shape up in this scenic tourist destination, which has been marred by violence. Will the changed land laws lead to any tangible difference in the region’s property market and will developers now scout for land in this part of the world?

Land laws in J&K after the scrapping of Article 370

This special privilege of permanent residents, has now been struck off from all existing statutes. The Jammu & Kashmir Alienation of Land Act and The Big Landed Estates Abolition Act, have been scrapped. The ‘permanent resident’ clause has also been deleted from sections regulating the lease and transfer of land under The Jammu & Kashmir Land Grants Act and The Jammu & Kashmir Agrarian Reforms Act. The changes in the above-mentioned Acts have been made through The Jammu and Kashmir Development Act of 1970. Consequently, ‘development zones’ that are notified by the government, will not be subject to any existing land laws, as per the new regulations. The development authority will, henceforth, have the powers to regulate land use as per the needs of the present zonal plan.

With these changes, developers are sensing big business opportunities. Land will now onwards be acquired under the central law and the earlier provision of development authorities acquiring land under the state’s Land Acquisition Act 1990, has been removed. As per the earlier laws of the state, land could be allotted or leased out for residential purposes, only to a permanent resident.

Nevertheless, Jammu and Kashmir lieutenant-governor Manoj Sinha, clarified that agricultural land would not be up for sale to non-local buyers and that the amendments to the laws, were only intended to encouraging investment. “I want to say this forcefully and with full responsibility that agricultural land has been kept reserved for farmers. No outsider will come on those lands,” Sinha said. He also clarified that the government only wanted to invite industries into the designated ‘industrial areas’.

Role of the J&K Industrial Development Corporation in land management

A separate Jammu and Kashmir Industrial Development Corporation (J&K IDC) has now been created for the purpose of land acquisition, to help in ‘the rapid and orderly establishment and organisation of industries in industrial areas and industrial estates’ and setting up ‘commercial centres’ related to these industries. The J&K IDC also has the powers to hand over these areas to developers or develop them itself, with the objective of preparing these areas for industrial estates. The J&K IDC has the power to buy, sell or lease any property, while setting the terms for such transactions as necessary. It can also lease out or sell buildings to the corporate sector. The defined objective in this case is to construct houses for the employees of industrial and commercial establishments. The government will also henceforth keep land with the corporation and acquire more land, as and when needed.

See also: All you need to know about the Real Estate Act (RERA)

Future of the property market in Jammu & Kashmir

Low-cost housing for permanent residents of Jammu and Kashmir belonging to the Economically Weaker Sections (EWS) and Low Income Group (LIG) have, thus far, been the sole beneficiaries. The new amendments ensure that EWS and LIG segments across the country, can buy land or build houses in Jammu and Kashmir.

“The amendment is encouraging for developers who are looking to have a foothold in Jammu & Kashmir.  The union territory’s government has also announced a new housing policy, where it will build one lakh dwelling units over five years. Public-private partnerships for affordable housing and slum rehabilitation projects, will be promoted. It has also been stated that approvals for EWS and LIG segments would be prioritised. So, even if not a direct land acquisition per se, a lot of contractual construction would be awarded to developers from outside the region,” believes Mehtab Bhatt, a realtor from Shimla, who is looking forward to the opportunity in Jammu & Kashmir.

“Section 17 of J&K’s original Development Act stated that if the government acquired land for development but failed to carry out the work, the land could only be sold back to permanent residents. Now onwards, it can be sold to any Indian citizen. However, agricultural land cannot be sold to anyone outside the UT. The government has also eased laws governing land transfers and restrictions on change of land use. This presents a window of opportunity for developers from outside Jammu & Kashmir,” explains lawyer Gautam Adhikari. Analysts believe that the new laws seem to be in the direction of making real estate opportunistic and competitive, in the region. Whether it will actually benefit the property market of Jammu & Kashmir, is still anybody’s guess, at the moment.

J&K IDC stands for the Jammu and Kashmir Industrial Development Corporation. The J&K IDC is responsible for land acquisition and establishment of industries and industrial areas/estates in J&K.

Any Indian citizen can buy land in Jammu and Kashmir, except agricultural land. 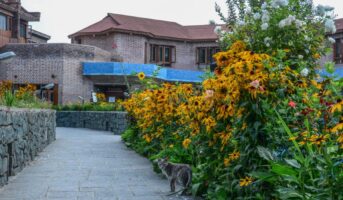 All about Jammu & Kashmir, Ladakh land law and RERA. 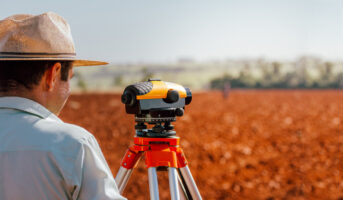 What is a ground in real estate?.

What promises greater returns: Realty or other asset classes?. 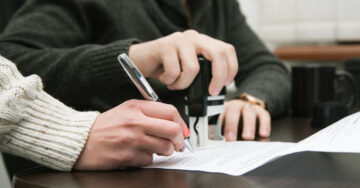 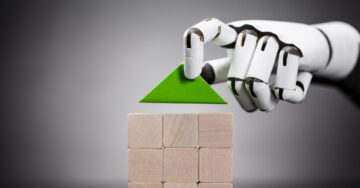