With urban population rising at an exponential rate, the government needs to provide infrastructure for residential and commercial use and for building amenities to support the former two functions such as schools, colleges, recreational areas, community centres, etc. To cater to this objective, high-density development areas have been planned around major roads and public transport infrastructure, to reduce the travel time and encourage a walk-to-work culture. This forms the basis of a transit-oriented development (TOD) policy, which creates a synergy between transport infrastructure and existing developments around them. To understand the concept in detail, we examine what a TOD is and how it impacts the real estate market.

What is transit oriented development (TOD)?

Simply put, TOD combines land usage and transport infrastructure, with the intent to create sustainable urban growth centres. These centres would have walkable and liveable communities, with mixed land-usage policies, to sustain a high density of population. Under this plan, citizens will have easy access to open green areas, public amenities and transit facilities. In other words, a TOD will bring people, activities, buildings and social infrastructure together. 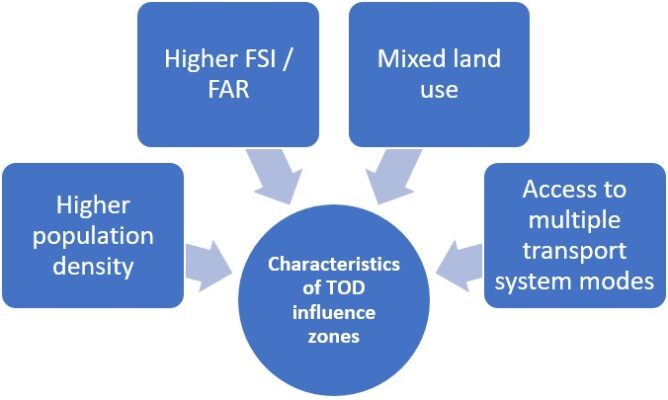 According to urban planners, TOD focuses on compact mixed-use developments around transit corridors, such as metro rail, BRTS, etc. This also includes facilitating transit-oriented development where social amenities are accessible at a walkable distance, thereby, creating a sustainable community.

According to National Urban Transport Policy, the TOD policy defines 12 principles to be implemented in influence zones, also known as the immediate vicinity of the transit stations:

Since Indian cities are urbanising at a rapid pace, it is important to efficiently use transit corridors and integrate land use with the transport infrastructure, to make the cities liveable, healthy and smart. As a result, the union Urban Development Ministry formulated ‘National Transit Oriented Development (TOD) Policy’, to address the challenges of urbanisation. The policy aims to promote living close to mass urban transit corridors like the metros, monorail and bus rapid transit (BRT) corridors. While the implementation strategy to manage the urban spaces rests with the state governments, the National TOD policy serves as a guideline and plays a catalytic role in formulating state/city-level policies for the promotion of transit oriented development (TOD).

See also: All about NHSRCL and India’s bullet train projects

What is meant by TOD? 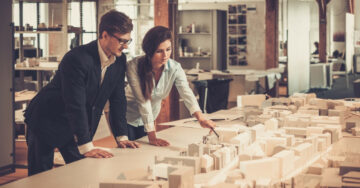 [fbcomments]
For any feedback, write to us at editor@housing.com.
https://seo.housing.com/api/v1/housing_news?tags=National%20TOD%20Policy,TOD,Transit%20Oriented%20Development%20in%20India,Transit-oriented%20development