Dadar is a lively and bustling neighbourhood of south Mumbai. Dating back to the 16th century, the area was located on the island of Mahim, which was one of the seven islands of Bombay. Later, to decongest the city, Dadar became Mumbai’s first planned neighbourhood. People who develop an emotional connection with Dadar, often never intend to leave the locality. This region has always attracted home buyers, especially people who were previously residents here. Of late, home buyers between the ages of 35 to 40 years, have been purchasing homes for their parents who are residents of Dadar. As a result, property prices in Dadar have appreciated at an average of 2% quarter-on-quarter (Q-o-Q). The April-June quarter of 2020 saw an appreciation of around 4%, as per industry reports. Additionally, the rental market of the locality has also witnessed a surge in prices, owing to Dadar’s connectivity to the commercial hubs of the city. The following are the reasons why developers are turning to Dadar’s real estate market, to attract potential home buyers:

Being centrally located, Dadar offers good connectivity to the rest of the city. Through the local trains that pass through this locality, one can reach any part of the city via the Central, Harbour or Western local trains. Dadar also has excellent road connectivity and public transportation like BEST buses, Dadar Asiad/Shivneri Stand or the Parel ST depot that connect it to different parts of Maharashtra. The upcoming Mumbai Metro 3 will connect Dadar to Colaba, Bandra and SEEPZ. This will further enhance connectivity, unclog the traffic and make it easier for people to commute in Mumbai.

Dadar boasts of robust educational facilities, reputed hospitals, parks and a strong transportation system. People do not have to travel too far, as they have all the facilities in and around Dadar. St Michael’s church and dargah in Mahim, Ranade Road, the famous flower market and Hindmata cloth market, Mahatma Gandhi Memorial swimming pool and the Dadar beach, are a few to name. The locality is also well known for its iconic Shivaji Park, which has witnessed numerous gatherings and protests of freedom fighters, who fought for India’s Independence. It is now a picnic spot for the residents of the area, where families can spend quality time together.

Being the historical soul of Mumbai, the locality also has a strong cultural heritage of its own. It hosts several grand celebrations, attracting a large number of pilgrims from across the city and state, to join in the festivities. The locality also hosted the city’s first-ever Navratri Utsav and Durga Puja and these festivities have continued every year. Being a close-knit community, the residents of Dadar celebrate festivals across cultures with grandeur and live in unity with each other.

The residents of Dadar often describe living here as akin to being in a closely-knit community. This emotional connection makes people love Dadar and it continues to attract those who lived here previously, to return to this locality.

The price of a 1BHK for sale in Dadar approximately starts from Rs 1.5 crores onwards, depending on the location, size of the apartment and the configuration. The price of a 2BHK or 2.5BHK can even go up to Rs 3 crores to Rs 3.6 crores.

Developers are generally keen to develop standalone projects here, as most families live together and love the convenience of the locality. As some of the best social infrastructure is already available, they do not require the amenities of a housing complex. Developers, on their part, are assured that they will always have prospective home buyers for their properties in Dadar, as the location has everything to offer.

Check out properties for sale in Dadar

With everything literally at one’s doorstep, the locality has a peaceful environment for those who wish to rejuvenate after a tiring day and spend some quality time with their family and friends. The fine blend of history and culture, is what unites the residents of Dadar and provides an abode for people from all walks of life, who seek happiness and comfort.

(The writer is director, Sugee Group) 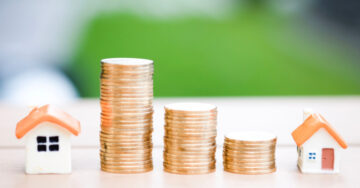 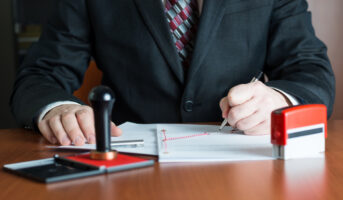