Home » Property Trends » Has the RERA been effective in Indian states?

There is no doubt that since May 1, 2016, when the Real Estate (Regulation and Development) Act, 2016 (RERA) came into force, the Indian real estate market has taken a giant step in the right direction. Till 2016, the sector saw many bull and bear runs. As an unregulated industry, it earned a notorious reputation, with many cases of money laundering, benami properties, stalled projects, fly-by-night developers, poor quality of construction and transparency issues. Much of this changed in 2016 and later in 2017 by which time, all sections of the law came fully into force.

By enforcing transparency and putting rules in place, as well as acting as a beacon of hope for aggrieved home buyers, the RERA has gained praise from the industry and all stakeholders. However, there is scope for improvement, to ensure that it is as effective as it was intended to be.

How can India’s Real Estate Act be improved?

Dilution of RERA rules by states

State governments were allowed to form rules, based on the state’s respective land and reform laws. This was done, to ensure that at the state level, developers and home buyers should find the process smooth. However, many states diluted the rules and tweaked it for the benefit of builders. Telangana, Uttar Pradesh, Karnataka and Andhra Pradesh have all been guilty of diluting the rules, while defining the term ‘ongoing projects’, to keep many projects out of RERA’s purview. West Bengal dismissed the law altogether and came up with its own version, the West Bengal Housing Industry Regulatory Authority (WBHIRA). The efficacy of the RERA was thereby questioned.

Setting up a single-window clearance mechanism

The authorities have maintained that RERA is a work-in-progress, each passing year better than the previous. While this may be true, the real estate law should have addressed the main concerns of developers, when its rules were notified. Real estate developers require over 70 clearances, NOCs and permissions, before they can market their project. This may take anywhere up to two years. This process ails the industry. Yet, the RERA did not facilitate single-window clearances. Consequently, completion timelines remain stretched. This adds to buyers’ woes too.

Take, for example, the plight of over 100 projects in Noida, where the National Green Tribunal (NGT) placed a construction ban in the eco-sensitive zone. Resultantly, many projects that were at various stages of construction were forced to halt work for 77 days before the forest ministry on August 19, 2015, specified a 100-metre eco-zone and cleared all projects. The longer time that home buyers had to wait for, could have been avoided had single-window clearances been the routine. Despite many such instances, the RERA has missed this important provision.

Recently, the Uttar Pradesh government has given its nod and offered single-window clearances to projects in the state but until it becomes a practice across India, not all is well.

Also read: All you need to know about the Real Estate Act (RERA)

When real estate law came by, industry analysts were of the opinion that a grading system for builders and brokers, could be useful for the public, if the authority were to do it. Andhra Pradesh RERA  has undertaken the task of grading promoters and agents in the state. The UP RERA  too has appointed CRISIL to set up a system by which builders and brokers can be graded. For the rest of the country, any movement on this aspect will determine the efficiency of the state’s RERA.

When is RERA applicable?

The law states that in case the development does not exceed 500 sq metres or if the number of apartments proposed to be developed does not exceed eight, inclusive of all phases, registration under the RERA is not mandatory. It gives state governments the right to decide whether this threshold should be below 500 sq metres or eight apartments. In a country teeming with many instances where small projects have flouted development and construction rules, why should smaller projects be out of the RERA’s ambit?

Do completed projects come under RERA?

By keeping completed projects outside the realm of the RERA, information is being kept away from the public domain. Venket Rao, founder and chief executive of Intygrat Business Advisory (P) Ltd, who serves as the UP RERA’s legal advisor, says there should be clarity with respect to registration of completed projects.

“The registration of a RERA project is up till the completion of the project. Even the RERA certificate is valid till the date of completion of the project. In case someone wants to build, complete and then go in for sales, they could very easily contravene the provisions of the RERA, after obtaining a completion certificate from the competent authorities. Therefore, even completed projects should come under the ambit of RERA. Projects that are completed and then offered for sale should be governed by RERA rules. The buyer is entitled to know the details of completed projects, which makes this provision important,” points out Rao.

What are the loopholes in RERA?

While the RERA has a lot of powers, it is still toothless in many ways. “It cannot be a super-regulator, since land is a state subject and only states can legislate on it. While the RERA can take action against promoters, real estate agents and allottees, in cases where a particular action can have an impact on a project or allottee, the RERA should be given more teeth to direct the competent authorities to take an action or refrain from taking an action. As of now, that is not the case,” says Rao.

What if RERA orders are not implemented?

All states need to examine the execution mechanism under RERA, says Rao. A lot of aggrieved buyers say that they have received a favourable order from the RERA but either the builder has not complied with the order or there are other reasons. In such cases, the implementation of RERA orders should fall into place. Without this, the efficacy of RERA can be questioned, despite its spirit of transparency and justice, Rao cautions.

Has RERA been spoken about proactively?

In the case of the Insolvency and Bankruptcy Code (IBC), the parliament was reactive and so was the government. As a result, amendments came in quickly. In the case of RERA, despite its widespread adoption, this complex Act has not been spoken about as much. From time to time, state governments and stakeholders must keep suggesting changes to the existing processes, to improve the functioning of RERA in states.

See also: Does the RERA allow buyers to cancel an allotment at any time?

When did RERA come in force fully?

Is there any provision to complete stalled projects?

No, RERA is silent on the way ahead for stuck projects, especially if such projects were to be taken up by another builder or agency. Such cases will count as defaults and go to the authority which will then decide the further course of action.

What happens to under-construction projects during COVID-19?

RERA has extended the project completion timeline for under construction projects by six months. 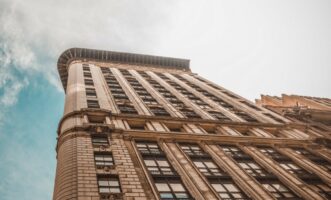 All you need to know about Real Estate Act (RERA). 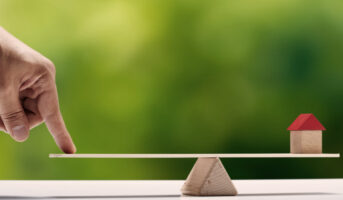 All you need to know about UP RERA. 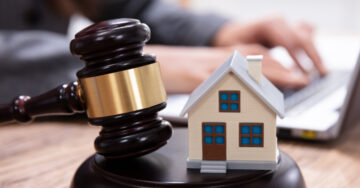 Status of RERA implementation in various states, 2 years on.