With interest rates at their lowest level and the property market holding on to affordable rates, this is probably the best scenario for serious home buyers. However, many prospective buyers are still in a state of confusion and wary of buying a home, especially with the resurgence of the Coronavirus. To discuss these trends in detail, Housing.com conducted a webinar on the topic, ‘Is 2021 the right time to buy a home?’

Is there a right time to buy a home?

Home-buying is not just a financial decision but also a very personal one and most of the time, the largest investment one can ever make in one’s lifetime. “For end-users, it is important to see the location, infrastructure, developer’s track record and amenities, rather than timing the purchase,” said Joshi. He further added that prices would keep moving up and down and it was important to make the investment mindfully, rather than to assess if it was a good or a bad time to buy a home. Usually, home-buying is very subjective and inspired by a need, which cannot be not be timed according to economic conditions and market scenarios.

Talking about the demand, Rangarajan said that the website traffic on Housing.com was back to pre-COVID levels, which indicated that buyers were back in the market. Also, the traffic decline during the second wave of COVID-19 was less pronounced, as compared to the first wave when the traffic dropped by up to 40%. He further mentioned that the affordability of home buying had improved over the years, due to emergence of peripheral locations along cities and infrastructure development in these areas, as a result of which people did not have to stay closer to central business districts and spend more on housing.

Discussing the trends in housing finance, Garyali of Kotak Mahindra Bank said that the confidence of consumers towards real estate as an asset class had increased, due to the developers’ credibility and the RERA. He further added, “In India, the affordability index (EMI/income) is at an all-time low. While income has gone up in the last five years, the interest rates and property rates are almost flat. This is the reason EMIs have also shrunk. Due to this, people are upgrading to larger homes and considering buying their first home.” According to him, 80% of the applicants were first-time home buyers.

Will property prices go up?

While the COVID-19 pandemic largely kept property prices stable, experts were of the opinion that it would firm up soon, due to increasing input costs such as steel, copper, nickel, cement, labour charges and other construction materials. Goradia mentioned that the cost of construction in Thane and Mumbai had increased by up to 12%, since January 2020, making it extremely challenging for developers to further lower costs, as per customers’ expectations. “Housing prices are rising globally. In western markets, property prices are at 14-year highs. The trend will be soon replicated in India, as developers will have to increase prices to keep up with the input costs,” Goradia added.

Even though some property markets remain flooded with unsold inventory, property prices have not reduced. While the demand-supply economics say that there has to be some stablising effect, property experts have a different opinion on this. Talking about the inventory overhang, Pansari pointed out that it was mostly about the quality of the product available in the market. “If there is something better available in the market, which comes with a guarantee and warranty, why would somebody buy an inferior product? This is another reason why property prices will not come down,” added Pansari.

Joshi added that a lot of brand consolidation was happening in cities like Bengaluru, with small players being forced to leave the market and larger developers with good track records witnessing an increase in their share. This would also push up property prices in the near future and reduce the inventory overhang of quality housing.

Ghosh also pointed out that not all inventory was saleable. “It is important for people to understand that not all inventory available in the market is equal and has to be assessed in terms of quality and construction. This is the reason why price reduction and oversupply can never go hand-in-hand,” Ghosh explained.

The RBI, in their latest monetary policy, signalled an ‘accommodative stance’, which may keep the rates low for some time, Garyali pointed out. “However, what should be encouraging to home loan borrowers, is the transparent interest regime that we are in. Since home loan is a long-tenor product, it is not just the current low rate but the transparency of rates in future that should motivate the clients to go ahead with their home purchase,” he said.

Where should you invest?

As per Joshi, this is a right time to invest in a luxury property, as there is ample scope for open negotiations. He further added that affordable housing buyers, who were eligible for subsidy under the PMAY, could consider buying immediately. Locations with upcoming infrastructure would be the best bet for investors, as well as end-users, he said. “For Bengaluru, east and north Bengaluru are the most preferred areas due to IT development and upcoming industrial park, respectively. For Hyderabad, opt for IT corridors such as Gachibowli or financial districts or central areas in Hyderabad, where connectivity is good,” said Joshi.

As per Goradia, “East Mumbai has good opportunities for end-users, as prices have not risen very sharply, as compared to western suburbs. This includes Sewri, Sion, etc. Apart from this, Vasai-Virar, Naigaon and Dombivali are other locations where development is happening in terms of connectivity.” Mani Rangarajan also suggested the western parts of Chennai, as probable investment locations.

Kolkata’s Rajarhat, Joka and Garia, were some of the recommendations made by Pansari for real estate investment.

Under construction vs ready to move: What should you choose?

As per Modi, people could choose under-construction projects, if the developer was trustworthy and had a good track-record. For some areas such as Noida Sector-150, where all projects were under-construction, a buyer should choose a project cautiously. “Some projects in Noida Sector 150 are around 70%-80% complete, which makes it easier for a buyer to choose from,” added Modi. Talking about new launches in the NCR, Modi said that new projects were being launched in Noida Extension, as well as Gurgaon under Haryana’s Deendayal Scheme. However, buyers should be very mindful of the developers they are investing with. “Since the interest rates are low and under-construction units are cheaper, opting for under-construction projects could be a good idea,” said Modi.

See also: A quick guide to choosing between a ready-to-move-in and under-construction house

What is the ideal home loan product?

While home loan interest rates have reduced, the eligibility has remained the same. People who were casual with their financial health were still finding it difficult to get home loan approvals, the panellists said. Although there was a perception that the pandemic had affected people’s credit history, according to Garyali, there were applicants whose CIBIL scores had gone up, as they avoided unnecessary interest costs and personal loans. Buyers should not slow down on credit card repayments, as this impacts the accessibility to home finance, he cautioned. Also, property seekers who were planning to avail of home loans, should keep some liquidity aside, equal to six months’ expenses, he advised.

What type of home should you invest in?

Even though it usually depends on budget, choosing a perfect investment also depends on the requirement and location. While Modi suggested that for a safe investment of Rs 1-2 crores, an apartment would be a perfect bet in the NCR, for Bengaluru Joshi said that for people who were looking for investment purposes, buying a land at a good location was a no-brainer. For sub-Rs 1 crore category, Goradia suggested that areas beyond Thane were most preferable while for plotted developments, he said that Pune could be a viable option. 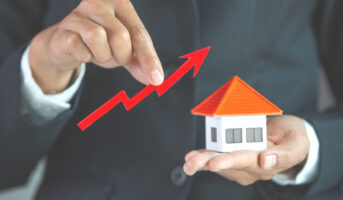 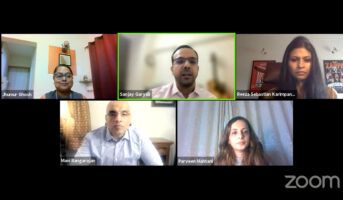 From influencers to decision-makers, women buyers make a mark in real estate. 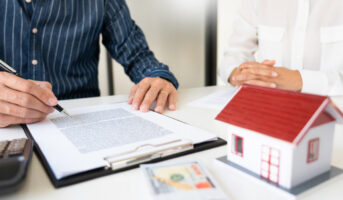