Transportation and connectivity are two key factors home buyers consider while selecting a property. Consequently, areas well-connected to office hubs and market places, witness good demand. Dronagiri, in Navi Mumbai, is one such area where new railway connectivity is expected to open up avenues for investments in real estate from both, investors and end-users.

In November 2018 the Central Railway (CR) opened up a 12-km corridor, which linked Nerul and Belapur in Navi Mumbai with Kharkopar in Ulwe. The corridor was the first phase of the 27-km CBD Belapur-Uran corridor, developed by the CR and the City and Industrial Development Corporation (CIDCO). In the second phase, the CBD Belapur-Uran corridor, Ulwe and Dronagiri, will be linked to Chhatrapati Shivaji Maharaj Terminus (CSMT) and Panvel on the harbour route and Thane on the trans-harbour corridor. Additionally, the CR has speeded up the construction work on the corridor that includes building and upgrading a few railway stations on the line and laying the foundation and sub-structure work for the Nhava-Sheva, Dronagiri and Uran stations.

There are six stations on the new section – Nerul, Seawoods-Darave, CBD Belapur, Targhar, Bamandongri and Kharkopar. Presently, the CR operates 40 services daily, of which 20 run between Kharkopar and Nerul and the rest between CBD Belapur and Kharkopar stations at a frequency of 30 minutes. Seawoods Darave and Bamandongri are approximately five kms apart, while Kharkopar and Bamandongri are 1.5 kms apart. Bamandongri and Kharkopar stations will have double discharge platforms, subways and refreshment facilities. Targhar station, which is being built at a cost of Rs 105 crores, will have an elevated car park. Of the total 27-km-long project, the stretch from Kharkopar to Uran will be another 15 kms. The total project cost is about Rs 1,782 crores. “The railway line will increase connectivity to southern Navi Mumbai and make it an economic hub. It will also boost the airport project and the housing market in the area,” said Prajakta Lavangare Varma, joint managing director, CIDCO.

The opening of the new railway route will improve access to Jawaharlal Nehru Port Trust (JNPT), Navi Mumbai Special Economic Zone (SEZ), the upcoming Navi Mumbai International Airport (NMIA), fishing communities in the region and also connect Panvel, Pen, Roha and CSMT. According to senior CIDCO officials, the suburban line between Seawoods-Darave and Kharkopar will pass through the centre of Ulwe. Until now, residents relied on Navi Mumbai Municipal Transport (NMMT) buses and share-rickshaws from Seawoods-Darave, Vashi and CBD Belapur stations to get to Ulwe and Dronagiri. However, the rickshaw services were available only till 8.30 pm, in both the areas. Now, people in Ulwe can choose between Bamandongri and Kharkopar to take the local train till Seawoods-Darave railway station.

Residents living here for the past five years are, hence, an excited lot. “Every day, I used to spend nearly five to six hours on commuting to my office. Now, with the new service my travel time will be reduced by two hours. Moreover, with regular train services, traveling to different parts of the city is made possible now. At Rs 10, the fare is also reasonable,” explains Varun Bodade, a resident of Ulwe.

Recounting the difficulties faced while commuting to work, Savita Sharma, a Dronagiri resident, adds, “Whenever I had an evening shift, I had problems getting back home. With limited transportation options, I used to get delayed every day. Looking at the security aspect, my family even asked me to consider resigning from my job. However, now, the train services will make things easier for many women from this area to travel to offices in different parts of the city.”

Developers are also happy with the starting of the new railway line, with many saying that property enquiries in the region have risen and some even managing to close deals. Hence, they feel that home buyers will not only consider Ulwe and Dronagiri as investment options but also shift to the area, because of the improved connectivity.

According to Housing.com data, the average property rates in Dronagiri stand at Rs 5,040 per sq ft. While a 1BHK apartment is available at a starting price of Rs 34 lakhs, a 2BHK apartment in Dronagiri will cost you around Rs 41 lakhs. Costs may vary, according to the exact location of the project and its construction status. Prices are likely to increase, once the railway line becomes operational. Rajesh Prajapati, managing director of Prajapati Constructions Ltd, points out that the extended delay in the CBD Belapur-Uran railway project, had forced many people to look at other regions, for buying their homes. “Hence, the starting of services on this line, comes at an ideal time, when home buyers and investors were getting nervous about the future of their investments. Now, we are expecting more buyers in this area, which has good connectivity due to the railway line. Since the day of launch of the train services, new queries are coming in each day. With this development, the realty market will leap forward,” Prajapati maintains. “A majority of the people did not want to buy real estate in this area, because of commuting issues. For the past one year, the market was sluggish but now, we are expecting the prices to go up,” adds Naresh Nagare, a local property consultant.

Check out properties for sale in Dronagiri

Dronagiri, an upcoming suburb, is located 22 kms away from Vashi and about three kms from Uran. Residential areas in the node are located to the west and north-west, while the JNPT area and township are in its northern part.

According to Prajapati, “The area has plenty to offer to prospective home buyers. From close proximity to employment areas such as ONGC and JNPT to Uran’s nearby scenic beach, which makes for great weekend getaways, Dronagiri has it all.”

Also, due to its proximity to the port, this zone is ideal for commercial development. Properties in the region also have the potential to generate healthy rental income as the area meets the ‘walk to work’ criteria. Dronagiri has several good under-construction properties and large-sized plots which are ideal for gated communities and high-rises at affordable rates.

To join a discussion thread on properties in Dronagiri, click here.

How is Dronagiri for investment?

Dronagiri is one of the affordable housing areas in the Mumbai suburban region, where property prices currently range between Rs 4,000 per sq ft and Rs 6,000 per sq ft.

How do I get to Dronagiri?

You can get down at Kharkopar station on the trans-harbour line, to reach Dronagiri.

Dronagiri is a node in Navi Mumbai, 22 kms from Vashi. 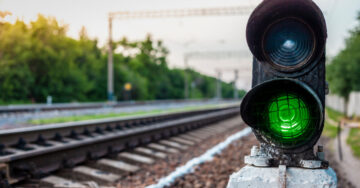 [fbcomments]
For any feedback, write to us at editor@housing.com.
https://seo.housing.com/api/v1/housing_news?tags=affordable%20housing,Arihant%20Superstructures%20Ltd,Bamandongri,Belapur,Central%20Railway,CIDCO,City%20and%20Industrial%20Development%20Corporation,Dronagiri,Dronagiri%20Real%20Estate,infrastructure,Kharkopar,mumbai,Navi%20Mumbai,Navi%20Mumbai%20International%20Airport,Nerul,Prajapati%20Constructions%20Ltd,property,property%20trends%20in%20Mumbai,property%20trends%20in%20Navi%20Mumbai,railway,real%20estate,Seawoods-Darave,Targhar,Ulwe,Uran